...I had a blog. Turns out, I still do and I still pay for my domain name, as I was recently reminded via an email that informed me payment is due again.
I told this guy (http://bobhamp.com) (what, I can't hyperlink in the Blogger iPad app?!)  that I wouldn't ignore the urge to write whenever it next struck, and, although I've technically remained true to that I've also kind of cheated and used Twitter.
I was reading back over my blog and I miss writing. It's very worthwhile, for my own sake; if others happen to get something out of it as well, all the better, but it's primarily for me. My creative outlet.
I'm a bit rusty.
I hit the ground running (the couch, dragging) this morning at **checks Jawbone UP data** 6:23 am when a tremendous THUD announced to everyone in the house that Val was awake and had exited her (top bunk) bed. Within minutes I heard voices from the guest/computer/sewing (read: only remaning) room which announced to everyone in the house that EG and ED were also awake. They had the luxury of being driven to our house late last night while they slept. Their father had the UN-luxury of driving (and not sleeping) AND waking up early with them.
I followed Val out to the family room and whisper-pleaded with her to please quietly watch Jelly Telly until her sister and cousins woke up (praying they were still mostly asleep.) Val had an understandable mini melt down (as I'm sure any bonafide morning person would understand) saying that she hates being the only one awake and she's so lonely and why can't anyone BE with her?! I gazed out into the darkness and sighed.
We compromised and I snuggled with her under a blanket on the couch. She watched Jelly Telly and I devoted myself to looking as asleep as I possibly could, hoping to trick my body into actually resting.
Five minutes later we were joined by two cousins and two minutes after that I surrendered the blanket and got up to make breakfast. 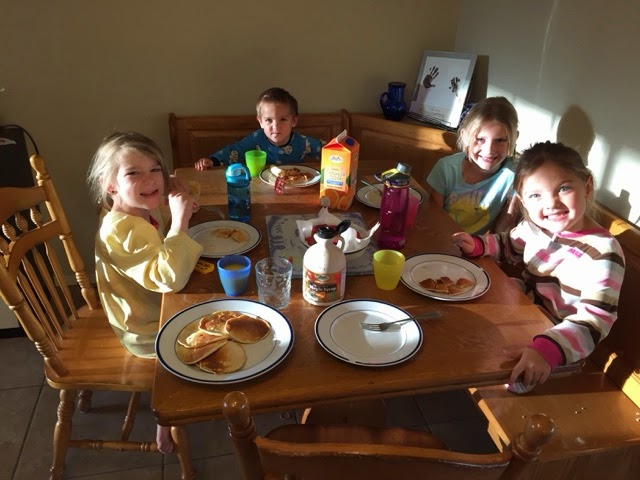 My phone failed to alert me (I failed to turn on the sound after turning it off so I could more-sneakily take pictures of cousins making memories) to observie Pi Day proper, so we assembled a minitue or two past 3/14/15 9:26:53 for some silly selfies commemorating the event. 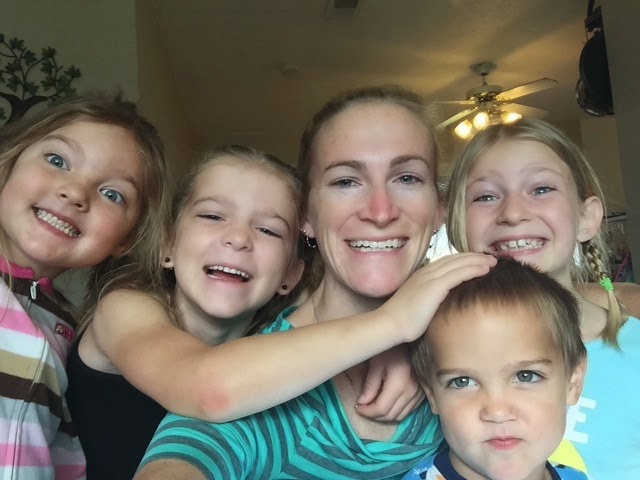 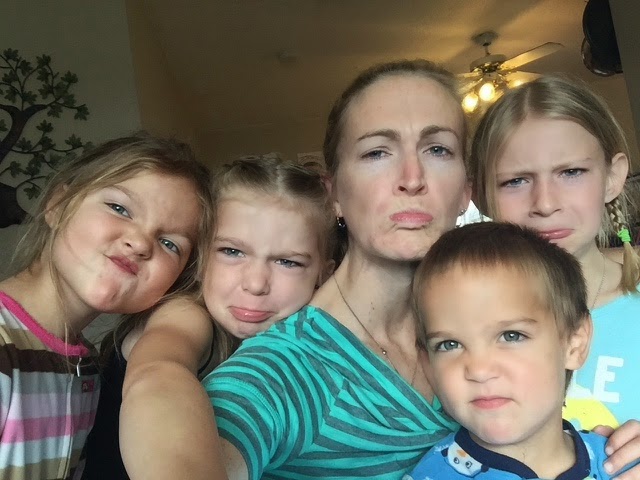 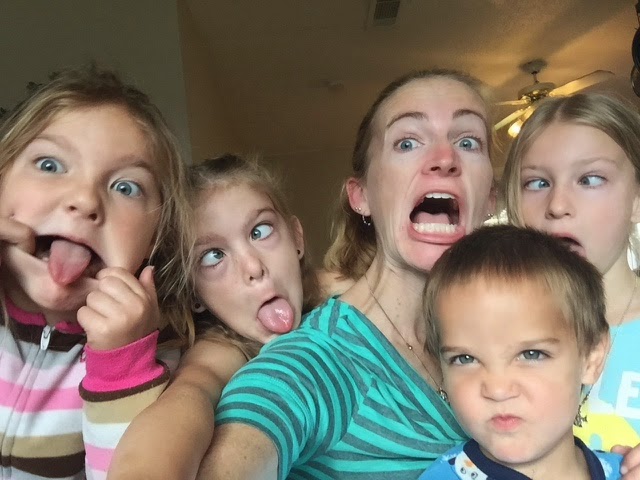 The dads bicycled 67 miles of winding, winding roads and returned red as lobsters and exhausted.
We spent much of our day driving those winding roads to meet them at the half-way point with water, gatorade, watermelon and oranges. 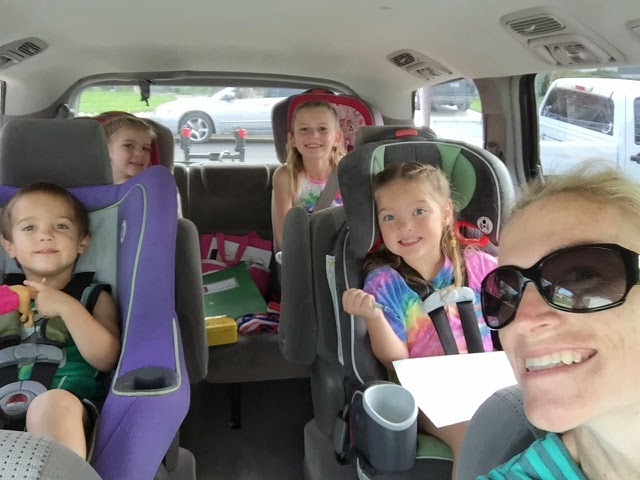 Had I known the extend of the winding and how long it would take us, I would have asked for someone else to deliver rest-stop essentials. EG sucummbed to carsickness on the drive back. Elaine had a few close calls, but managed to keep everything down.
Everyone was more than happy to play outside upon finally arriving home. We ate dinner outside and enjoyed ice cream cones for dessert. 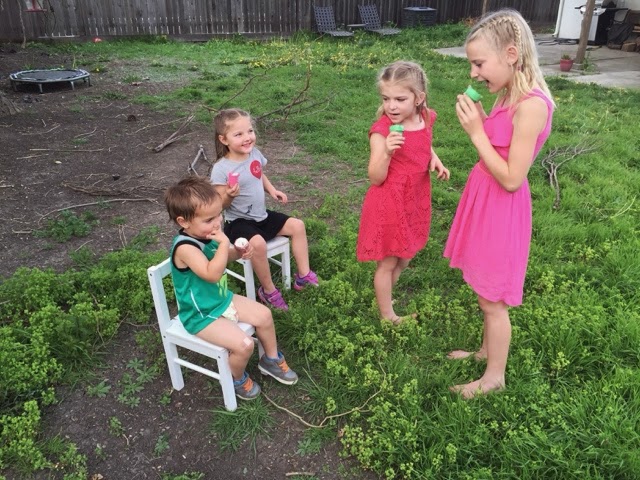 The cousins left and I said a prayer for their exhausted father who, once again, had to drive instead of blissfully pass out out in his car seat. (Adulting is no joke!) I rounded up my journal, Bible, pack of pens, and knitting, said goodbye to my exhausted husband and tired girls as they began their Saturday-night "Daddy Daughter Night" tradition. I walked a mile or so to Panera Bread. There I sat, doing absolutely nothing, for close to fifteen consecutive minutes.
As my energy returned, I got a text from someone who is planning to tattoo my arm tomorrow. The crazy thing is I have yet to see exactly what he came up with, mostly because he hasn't exactly come up with it yet. This is very much not at all how I am accustomed to making permanent decisions, and I told him so, but I'm curious to go along and find out whatever I find out tomorrow, step by step. If everything is a go, then I will. If it is not, then I will not. We have been talking for weeks and I have seen his sketches so I'm not completely in the dark, but still. It kinda feels like it.
Another of my artist friends has a painting of which I exclaimed, "there is nothing I don't love about this!" I hope that's my reaction to the tattoo sketch I see tomorrow. It'll make things a lot easier.
Posted by beck at 11:21 PM